It’s time for our GIWE Member spotlight! As you know, we began this feature a few months ago. For now, it’s a monthly feature where we profile a GIWE member and share a bit about them, their business and how they came to start their business. Each member is also listed in the “Featured Member” section in the sidebar to the right, which links to their profile, which in turn links back to their website.

(We lightly edit member profiles for spelling, grammar and clarity. Janet is located in England, but I found myself “Americanizing” her English for clarity and consistency. Sorry Janet! No insult intended.)

We hope you enjoy getting to know your fellow members!

Q: When did you realize you wanted to be a hypnotherapist?

A: About 6 years ago, I was introduced to NLP by a friend. The more I learned about it, the more intrigued I became. When I realized how quick and efficient it was compared to many other “contemporary” therapies, I was hooked. I recall having an issue that I was struggling with. My friend (who was an NLP practitioner) came to see me. In just half an hour, my issue was gone. I had no idea what he had done and how it had been so effective, but I not only wanted to know, I wanted to be able to do it too.

Q: How and when did you make this a reality?

A: I started to read anything and everything on NLP and downloaded an NLP podcast. I liked what I heard and the presenter knew her subject and also how to get that across to her listeners. She also ran NLP training weeks and I applied. After passing my NLP practitioner course in 2010, I started to see real clients (with a huge degree of nervousness and trepidation I seem to recall.)

My first client needed help with smoking cessation. My second client was a 50 year old woman who needed help recovering from childhood abuse at the age of 8 years old. The result that this lady got was so profound and immediate that I think it took the both of us back (although I put on a face of “this is exactly what I expected to happen”). To me, this is what job satisfaction really was.

After a few months of practicing my techniques, I wanted my therapy to be more refined so I took my Master Practitioner course. At the same time I took a course in hypnotherapy as an additional aid to NLP. By mid-2011 I was fully qualified.

Q: What’s the most important lesson you’ve learned so far in your career?

A: I have learned the hard way that building a business isn’t as easy as I had imagined. I thought that once I had qualified, got myself an office with a couple of chairs and put a few business cards around I would be well on my way. Oh dear!

Q: What are you working on right now?

A: I am currently working to establish my business with help from GIWE. Alongside that, I am writing two books and saving up to attend Tony Robbins’ Strategic Intervention Program.

Q: Name some people and/or books that have influenced your career in a positive way.

A: One of the first books that I ever read on NLP was Get The Life You Want by Richard Bandler (co-founder of NLP). He has a fantastic way of writing and it inspired me to continue with my studies at the time. Another book is Notes From A Friend by Anthony Robbins. My trainer Gemma Bailey has inspired me greatly along the way, but most of the credit has to go to Anthony Robbins.

Q: What excites or ignites your soul?

A: Helping a client always ignites my soul. It’s an amazing feeling to know that I have helped someone overcome a problem that has been seriously hampering their lives for some considerable time.

In the case of the lady I mentioned before who was abused in childhood, the abuser had been her father. She held nothing but resentment and hatred for him. Two years after her one session of therapy, she has not only made a contact with her father by e-mail, telephone and Skype, but she has even spent a week away visiting her father and now has a very stable relationship with him. To know that I was instrumental in that is an amazing feeling.

Editor’s note: Janet Starkey is a hypnotherapist and founder of Hypnotherapy-Kent.com. She is based in Cranbrook, Kent, UK.

In her words: “Up until 6 years ago, I had always been one of those people that never really knew what I wanted to do for a living. I flitted from job to job and eventually settled down working for a large postal company, even though it didn’t bring me any passion or satisfaction whatsoever.

“As soon as I was aware that NLP existed, I was hooked. I immersed myself in everything I could find to do with it. I went from strength to strength with my studies and became fully qualified in 2011. Even though I have struggled somewhat to turn my passion into a career so far, I will get there. For the first time in my life, no other job exists for me. I love that!” 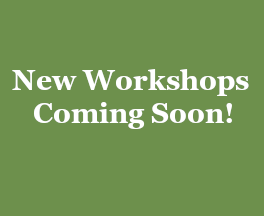 Check back for upcoming workshops.